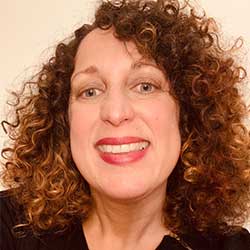 Diana Fox, Professor and Chair of the Anthropology Department, is a cultural and applied anthropologist, scholar-activist, and a documentary film producer. Her work is based in Anglophone Caribbean, particularly in Jamaica, Trinidad & Tobago, where she is involved in research on issues of gender and sexual diversity, women’s social movements, activism for ecological sustainability, women’s human rights, transnational feminisms and activism. She serves on a number of boards and committees including Sexualities Working Group of the Caribbean Studies Association (CSA), the international advisory board of the Fondes Amandes Community Reforestation Project (FACRP) in Trinidad and Tobago. Moreover, she is the founder and editor of the open access online Journal of International Women’s Studies. Dr. Fox is the executive producer of two documentary films, Earth, Water, Woman: Community and Sustainability in Trinidad and Tobago and Many Loves One Heart: Stories of Resilience and Courage, which are woven around the LGBTQ movement in Jamaica. She is the recipient of three Fulbright awards and many other grants and has published a number of books and articles.

The Scientific Committee consists of the experts in the field from many different countries in the world. The Committee Members evaluate your abstracts and provide insights to improve those further. According to the final decision given by them, you would be able to process further tasks for participating the conference.

National School of Commerce and Management of Tangier, Morocco

If you would like to be considered to serve on the Scientific Committee, please submit the Official Reviewer Application.

BE OUR SESSION CHAIR ->

Write to Ms Maheesha Dilshani : maheesha.di@tiikmedu.com with your short bio-data

She has completed her MPhil in Psychology from the National Institute of Psychology, Quaid-i-Azam University, Islamabad and is currently working as a Research Assistant at Capital University of Science and Technology. Her research interests include the atypical behaviour of the female gender. Furthermore, she has conducted research on tomboys and female sports players.

Born in Sicily, Giuseppe Paternicò got a bachelor degree in Classical Literature at Catania University with a dissertation in History of Christianity and Churches. Currently graduating in Historical Sciences at DISSGeA of Padua University, he is writing a thesis on Middle Ages History of XIII century sermonistics, concentrating his research on the subject of the predicatio crucis within the homiletical corpus of Federico Visconti Archbishop of Pisa (1254-1277) and is particularly interested in gender studies.

Dr. Ramesh Singisala (MA, M.Phil, and Ph.D. from Kakatiya) is working as as Assistant professor of English, GNITC, Ibrahimpatnam. Hepresented more than 30 papers in international and national conferences and seminars, and pubished 14 papers in UGC-listed and peer-reviewed journals. He obtained three national prizes, including the young Researcher Award – 2019 (ITSR), Best paper presenter and Best discussant Award. He has five years of teaching experience in junior, degree and B.Tech colleges. He specializes in Gender and Disability Studies, Indian writing in English, Cultural studies, Women’s writing in Endlish.

The 6th International Conference on Future of Women 2023

The 8th World Conference on Media and Mass Communication 2023

The 9th International Conference on Arts and Humanities 2022